Send Us A Message

Are you having issues with your AC system? If so, you’re going to want to hire the most reputable West Melbourne, FL air conditioning service possible, because when it comes to something as important as cooling your Brevard County home, you don’t want to leave anything to chance. A-Best Air and Heat INC, a locally-owned and operated, fully licensed and insured air conditioning repair service, has been restoring the comfort of Florida residential and commercial properties for more than 35 years.

Our team of professionally trained and highly skilled technicians are well-versed in all types of HVAC systems and use the most advanced tools, proven techniques, and state-of-the-art equipment and technologies to detect and correct all kinds of issues. From poor airflow to uneven cooling, and everything in between, for fast, efficient, and affordable results, contact the West Melbourne, FL air conditioning service Brevard County trusts most: A-Best Air and Heat INC!

It’s normal for an AC system to make some noise, such as a click when it turns on and a gentle whir while it’s running. These sounds are familiar and usually, they blend into the background and you really don’t even notice them. However, sometimes, an air conditioner can make unusual noises, and those unfamiliar sounds may be trying to tell you that something is wrong with the system.

If you notice any of the following sounds coming from your Brevard County AC system, don’t delay; schedule an appointment with a West Melbourne, FL air conditioning service right away.

A screeching or squealing sound is a serious cause for concern and warrants a call to a Brevard County air conditioning repair service. These sounds are pretty distinct, and they can indicate that a fan belt in the blower needs to be replaced or that the motor needs to be lubricated. If you hear these noises, turn your AC system off and call an experienced technician from a reputable West Melbourne, FL air conditioner service will be able to properly diagnose and repair the problem. 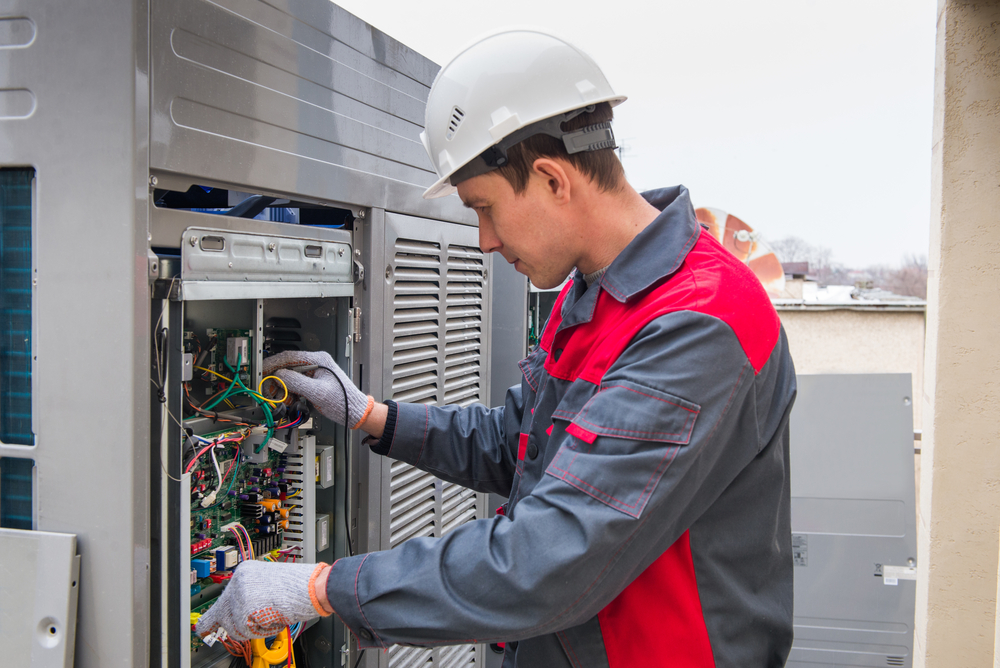 When your AC system turns on, do you hear a clanking, rattling, or banging sound? If so, that could be a sign that a component in the motor or the blower is either damaged, loose, or disconnected. To avoid the risk of further damage, shut down the system and call a Brevard County air conditioning repair service. These are issues that should only be addressed by a licensed and experienced air conditioner repair technician.

It’s also likely that the obstruction will speed up the wear and tear of the unit, which means you may need to end up replacing the system sooner rather than later. It’s best to err on the side of caution and call a West Melbourne, FL air conditioner service.

A buzzing sound is another cause for concern. If you hear this noise coming from your Brevard County AC unit, it could be a sign of some pretty major issues, such as a malfunctioning compressor, an issue with the electrical components, or a refrigerant leak that’s making the unit freeze. Any of these issues can be devastating to an AC system, so if you’re hearing a buzzing sound, a call to an air conditioning repair service is an absolute must.

If you ever hear any of the above-mentioned noises or any other strange, unfamiliar sounds coming from your Brevard County air conditioner, schedule an appointment with the air conditioner repair service that Florida property owners trust most: A-Best Air and Heat INC! Call 321-725-8758 and one of our licensed and experienced technicians will have your AC system fully restored and running quietly again in no time. We’re looking forward to hearing from you and assisting you with all of your cooling needs, whatever they may be.

Some information about West Melbourne, FL

West Melbourne is a city in Brevard County, Florida, United States. It was created in 1959 to stop the area from being annexed into the City of Melbourne. As of the 2010 United States Census, the population was 18,355, reflecting an increase of 8,531 from the 9,824 counted in the 2000 Census. In 1970, the city’s population was approximately 3,050. Since 2000, the city has experienced the highest population growth percentage of any municipality in Brevard County. It is part of the Palm Bay–Melbourne–Titusville Metropolitan Statistical Area.

Voters created the city in 1959 to stop the area from being annexed into the City of Melbourne.

In 2005, the City of West Melbourne started charging property taxes for the first time in its existence (since 1959). Prior to 2005, the city survived on ‘fees only’ for its $17 million budget.

From 2005 to 2014, home-schooled students, all three children from a West Melbourne family, won the state spelling bee championship a total of seven times, from two to three times each.

Here are some HVAC-related links:

We guarantee that we will be on the job within 15 minutes of your scheduled appointment!